Paule Gilbert is an emerging visual artist who approaches the body as a research territory—her female body of mature age, the human body in general and non-human bodies, alive and inert, real and imagined. The relation to space and time is a main focus while she examines notions such as trace, motion, cycle and transformation. Her practice often takes shape through performance in combination with other mediums such as fibres, drawing, video and ceramics. Gilbert holds a BFA with Great Distinction in Studio Arts from Concordia University. She has been the recipient of academic awards including the Betty Goodwin Prize in Studio Arts in 2018 and is currently a third year MFA Candidate (Fibres and Material Practices). Her work has been shown in many juried group exhibitions including Trace Matérielle at the FOFA Gallery (2019) and Ignition 15 at the Leonard & Bina Ellen Gallery (2019).

Earlier in the year, I was in the process of working on materializing the liminal space between two human bodies touching. Several participants visited my studio and their intimate touch was recorded and solidified using wet clay. Each sculptural stoneware object was photographed prior to the final firing. The occurrence of the pandemic crisis appeared as an eerily condensed context for this research, deflecting it to—what appeared at first an opposite concept—physical distancing. I turned to knitting to develop haptic, rudimentary and tangible means of being linked to another without physical contact—an embodied way of being in touch without touching—this process soon became loaded symbolically. The gesture of using one thread, constantly intersecting brought forth the idea of social fabric and spoke of its inter-connectivity. Knitting as a way of abstractly writing multiple stories, all punctuated by densities and apertures, revealing and hiding. The “blocking” 1 of the knit over an old mattress emphasized the sense of tension and multiple identities of the fabric, may it be seen as skin, body, text or otherwise. Resting on hangers, the knitted device reveals both the absence and potential to perform, hold and stretch space. 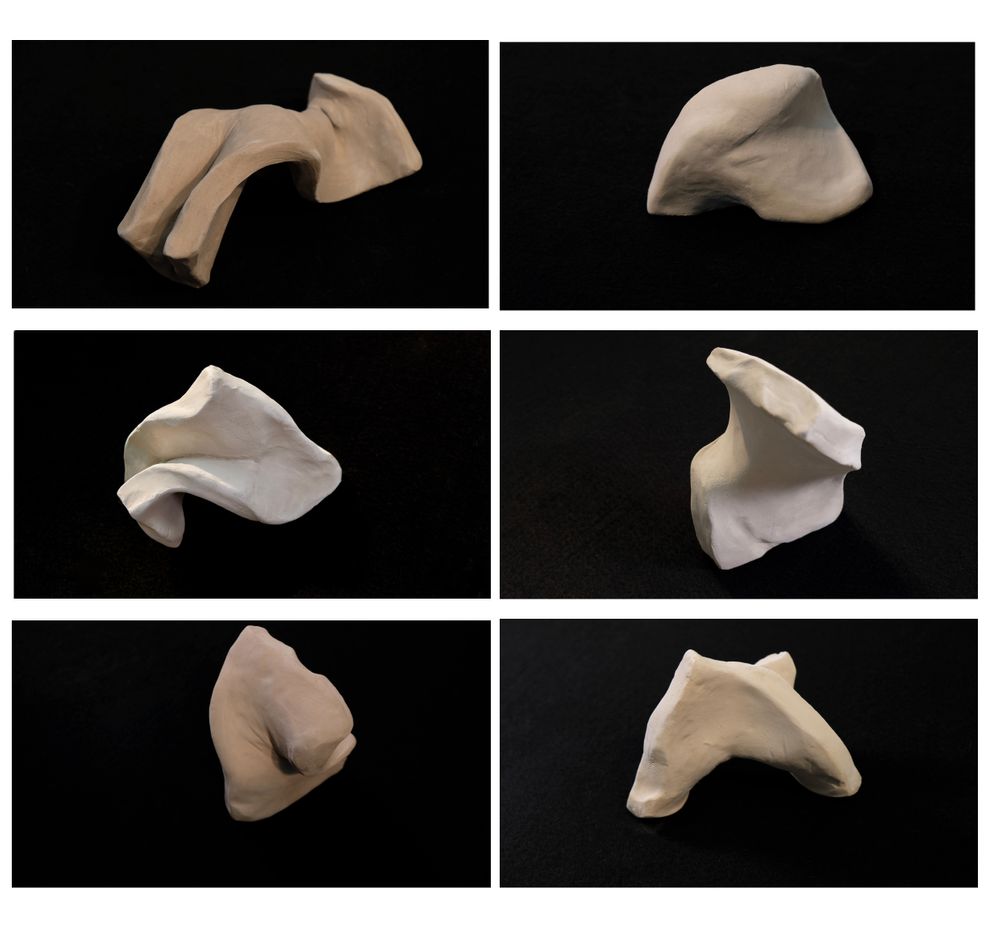 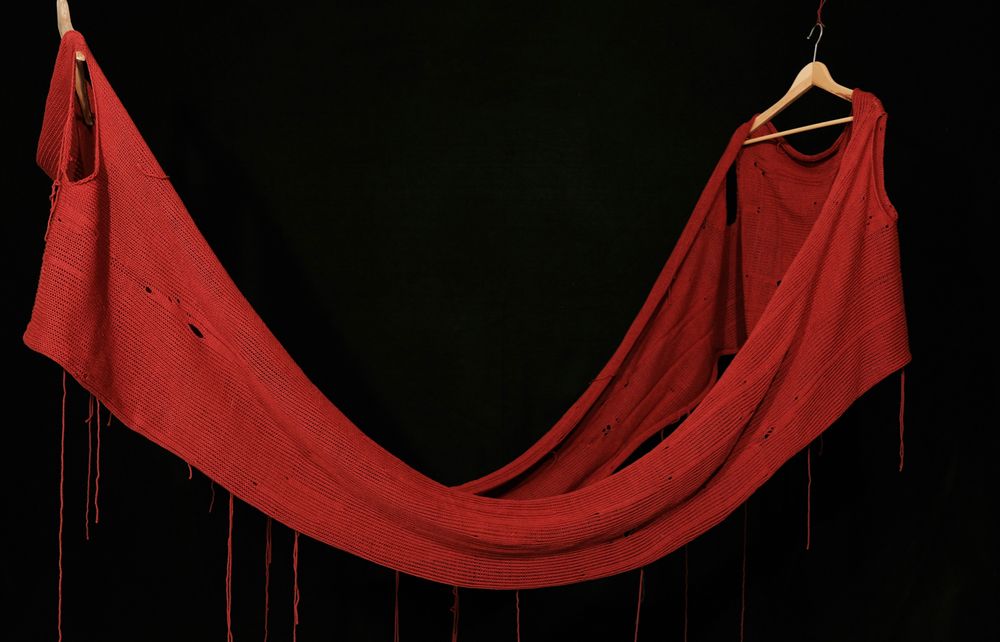 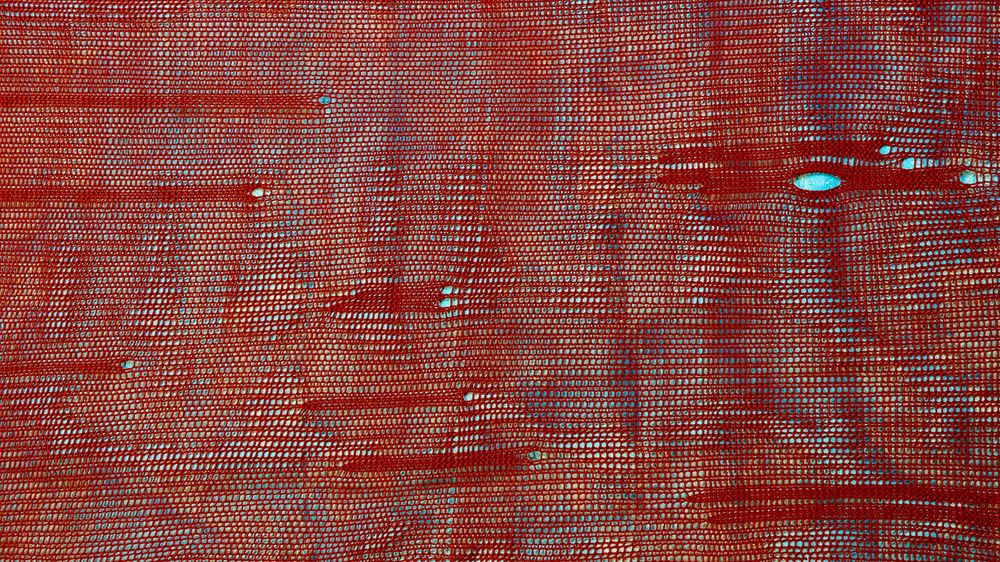