Mick Sand is a Canadian visual artist based in Tiohtià:ke/Montréal working with photography, video and other lens-based media. In 2014 he received a BFA in photography from Concordia University where he is currently an MFA candidate. In 2018 he has awarded the Lazare Family Graduate Award in Photography. Since early 2019 he has been collaborating with the McGill Redpath Museum on multiple works and reflecting on the uses and misuses of historical art objects.

The contemporary image-capture technology that is built into smartphones is rather unalike that of dedicated stills cameras which, by means of photo-sensitive film or digital sensors, translate reflected light waves into recorded images. Conversely, and due to the limited size of their image sensors and lenses, smartphone camera apps rely on complex algorithms to interpret subjects and to generate relatively high-resolution images of what sits before the phone’s tiny eye. It follows that much of the content of the images produced by smartphones is in fact interpolated data which was generated by the camera app’s algorithms and not an accurate representation of the subject but instead an approximation of it.

Depicted in these smartphone-generated images are three artifacts pulled from the Bovey collection of the McGill Redpath Museum. The process of interpolating historical data via the study of these artifacts is similar to the image-capture technology built into smartphones; supposing that it is difficult to assess without bias what is accurately known of the far past through the study of such historical art objects. And, just as when reading these interpolated images, one may begin to question what do the depicted artifacts inherently disclose about the cultures that bore them and how much of their histories are contemporary fabrications? 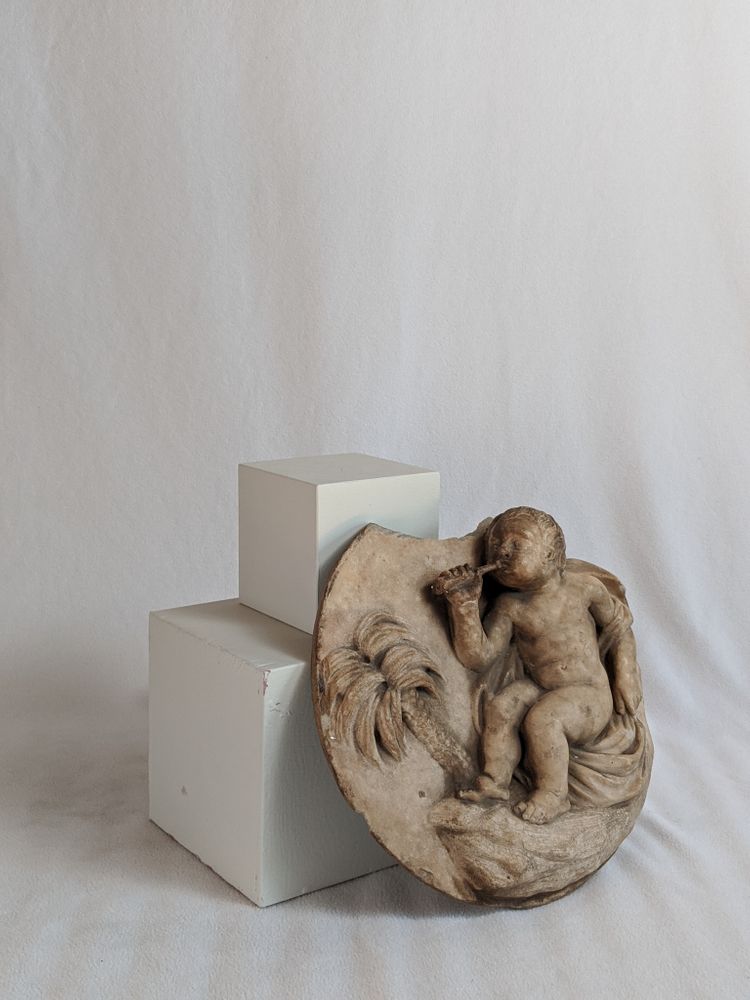 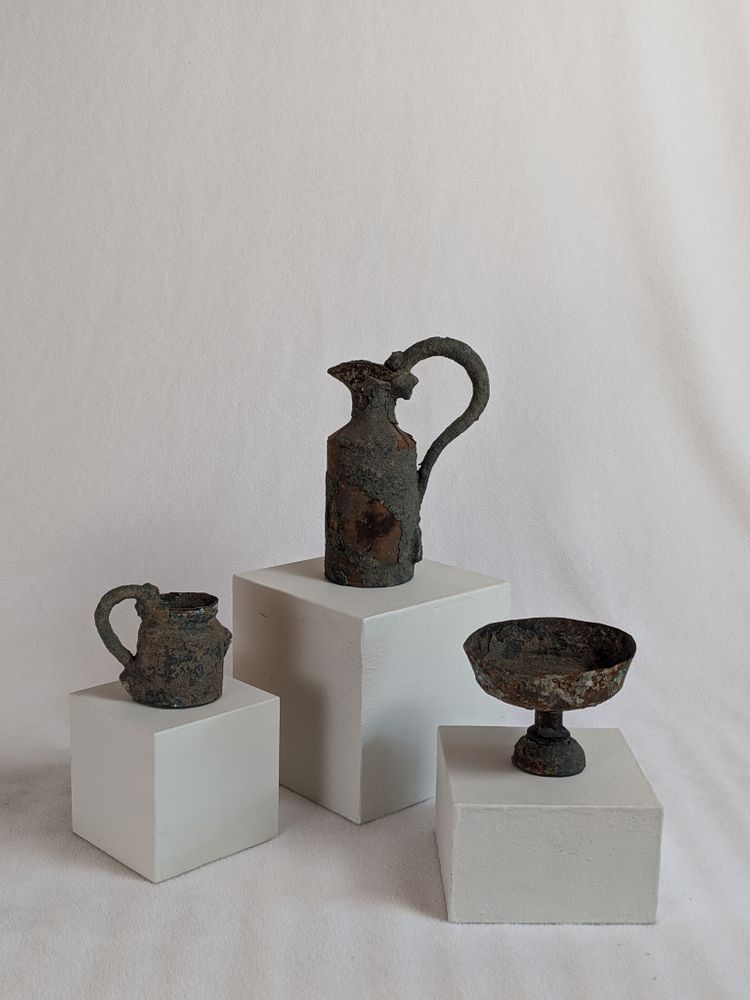 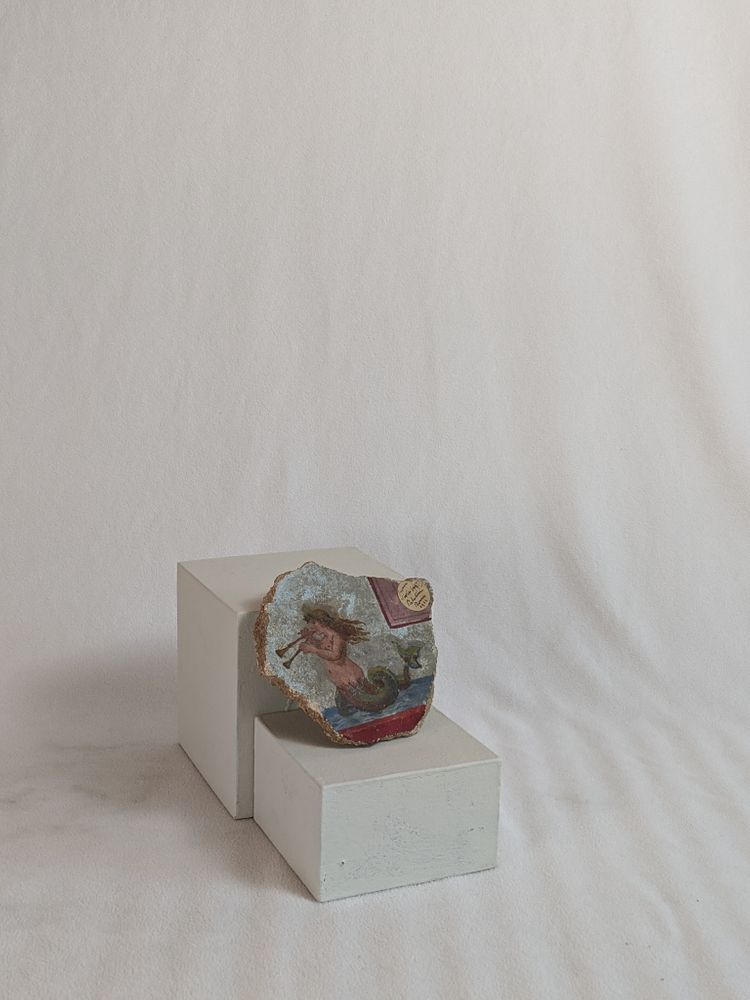