Maddy Mathews is an artist working primarily in drawing, painting and installation. Maddy has participated in Roundtable Residency, performed at Nuit Blanche and the performance art show Doored, curated by Life of a Craphead. She has a public access TV show about her sword called Sword Stuff, and in 2018 designed a t-shirt for punk icon Kathleen Hanna's charity Tees4Togo. In 2012 she was the class valedictorian for NSCAD University where she obtained her BFA. Her work has been shown across Canada.

When the pandemic began, I responded to having much more time on my hands by playing old adventure games online, via the Internet Archive. Upon realizing I enjoyed the graphics more than the gameplay, I switched to walkthrough videos on YouTube, taking hundreds of screenshots and drawing the ones I liked most. The game Jenny of the Prairie (1983), where this image originated, is one of the first games to feature a female protagonist. In the game, Jenny was left behind by her family, lost in the prairie. The player needs to keep her safe, fed and watered as she prepares herself for the coming winter.

This drawing is a part of a recent body of work where I simply tried to only work in ways that felt good. A current goal of mine is to try to make art without worrying about how it will be received by other people. Is this even possible? This desire feels magnified right now, since we are having to reconsider the physicality of showing art, at least for the immediate future. 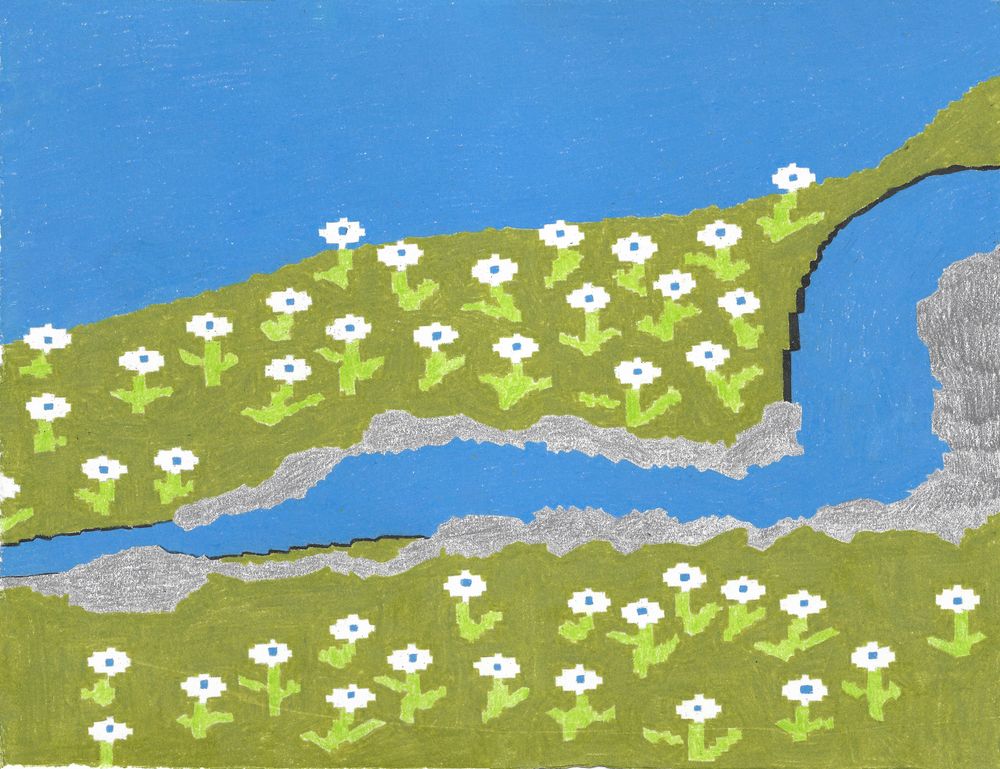